Due to the COVID-19 (coronavirus) pandemic, all consultations will be by telephone for your safety. We remain open remotely to help employees, executives, physicians and other professionals throughout this crisis. To reach us, please use our contact form. For information about your employee rights during the coronavirus pandemic, see our Coronavirus Information below. 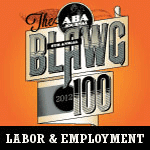 Defending the Rights of Employees

The issues contested in employment lawsuits depend on the circumstances. An employee who decides to leave a company to start his own business may face an employer’s effort to enforce a non-compete clause, noncompetition agreement or confidentiality agreement. This could involve multiple causes of action and allegations such as theft of trade secrets or confidential customer lists. There are other situations in which an employer makes an adverse decision about a job applicant or employee based on his or her membership in a protected class, such as race, age, sex, national origin, marital status, religion, disability, or sexual orientation, and then an employment discrimination lawsuit may be appropriate. Disputes can arise even after an employment relationship has concluded, such as when an employer makes false statements about a former employee to a new or potential employer, resulting in a defamation lawsuit.

Below are articles Ms. Ballman has written or been quoted in regarding employee rights during the COVID-19 pandemic:

Employment discrimination occurs when an employer makes an adverse employment decision based on an employee’s membership in a protected class. Federal and state laws prohibit employment discrimination, and they have some overlap in protected classifications. Federal laws include the Americans with Disabilities Act (ADA), the Age Discrimination in Employment Act (ADEA), and Title VII of the Civil Rights Act of 1964. The Florida Civil Rights Act (FCRA) governs employers that have at least 15 employees. Protected classifications include race, color, religion, national origin, sex, pregnancy, disability, marital status, and age, as well as people who have AIDS or HIV or sickle-cell trait. An employment attorney can assist Florida residents in any of these groups with holding an employer accountable for discrimination.

Both the ADEA and the FCRA make it unlawful for an employer to terminate you, refuse to hire you, harass you, or otherwise discriminate against you based on your age. To be protected against age discrimination under the ADEA, you need to be at least 40. There are certain protections for employees covered by the ADEA with regard to severance agreements. Under Florida law, employers are not allowed to restrict, classify, or segregate employees in a way that would take away their employment opportunities or adversely affect them based on their age.

Sexual harassment is prohibited under federal and state laws. The federal law prohibiting sexual harassment as a form of sex discrimination is Title VII. An employment lawyer in Fort Lauderdale can assist an employee with bringing a claim under Title VII or the Florida Civil Rights Act. Under this federal and state law, sexual harassment is defined as unwelcome sexual advances, requests for sexual favors, and other physical or verbal conduct of a sexual nature that is directed toward or in the presence of a job applicant or employee under certain conditions. These conditions include when submitting to the conduct is a term or condition of employment, when submitting to or rejecting the conduct is used to make an employment decision, or when the conduct has the effect or purpose of unreasonably interfering with an individual’s work performance or creates an offensive, hostile, or intimidating work environment.

Florida is an at-will employment state. This means that an employer can terminate, demote, fail to hire, discipline, or promote an employee for any reason or no reason. However, the exception is that an employer cannot terminate you or lay you off for an illegal reason. One basis for a wrongful termination claim is discrimination based on a protected class, such as race, national origin, color, religion, pregnancy, sex, disability, or marital status. Another basis for a wrongful termination claim is retaliation for reporting discrimination or objecting to it, and still another basis is refusing to participate in discriminatory conduct or illegal activity. Other wrongful termination would be termination for making a worker’s compensation claim, for taking or requesting Family and Medical Leave, for objecting to or refusing to participate in illegal activity of the employer, and for engaging in concerted activity with coworkers to improve working conditions.

The employer-employee relationship may be covered by an employment agreement. These agreements usually set the terms and conditions of employment, such as the length of the relationship, how much should be paid, and the employee’s obligations and responsibilities. It may include a confidentiality or non-disclosure clause. It may also include a non-compete agreement or non-solicitation of clients clause. An employment agreement may restrict the employer’s ability to terminate an employee or provide specific conditions for employment. A Fort Lauderdale employment lawyer can help an employee negotiate this type of agreement.

When employers are subject to the ADEA, and they ask an employee who is at least 40 years old to release age-related claims in exchange for a severance package, they must abide by the Older Workers Benefit Protection Act (OWBPA). Under the OWBPA, a waiver of age discrimination claims in a severance agreement needs to be knowing and voluntary. Furthermore, employers need to provide an older worker with up to 21 days to consider the severance offer. If it is a layoff involving more than one employee, 45 days must be provided. After signing, employers need to offer a seven-day period during which the release of ADEA claims can be revoked.

In Florida, employees may be able to sue former employers for defamation with the assistance of an employment attorney in the Fort Lauderdale area. This cause of action may be brought when somebody knowingly makes false statements or makes false statements with a reckless disregard for the truth. In order to be actionable, the false statement cannot be an opinion but must be a statement of fact. If the statements are libelous per se, there is a presumption of harm, so an employee will not need to establish actual damages. Statements are considered libelous per se in Florida if they falsely accuse someone else of a crime that amounts to a felony. They can also be libelous per se if they falsely describe characteristics, conduct, or conditions that are not compatible with the proper exercise of someone’s lawful profession, trade, business, or office. Statements made inside the company are generally not treated as defamation, but if an employer makes false statements of fact to the employee’s potential or new employer, that could be grounds for a defamation lawsuit.

Florida has whistleblower laws in place to protect employees. An employer is not permitted to retaliate against an employee who reports, objects to, or refuses to participate in the employer’s unethical or illegal acts. Under the Florida Whistleblower Act, private employees are protected against retaliation and can sue for lost wages, back pay, back benefits, full benefits, and other losses. When an employee is a private employee, an employment attorney in Fort Lauderdale must show that certain criteria are met. The employee must have objected to or refused to participate in a violation of a law, regulation or ordinance. Or, the employee must have disclosed or threatened to disclose a practice, policy, or activity of the employer to an agency under oath and in writing, the practice, policy, or activity must have violated a regulation, rule, or law, and the employer must have retaliated against the employee because of the threat of disclosure or the disclosure.

If you are concerned about your workplace rights in Florida, you should consult an experienced and skillful attorney. Ms. Ballman represents employees in Fort Lauderdale, Miami, West Palm Beach, Jacksonville, Tampa, Cape Coral, Orlando, and other cities in Broward, Miami-Dade, Palm Beach, Duval, Hillsborough, Lee, and Orange Counties and throughout the State of Florida. Email us, or use our online form to set up an appointment with an employment lawyer at our Fort Lauderdale firm.